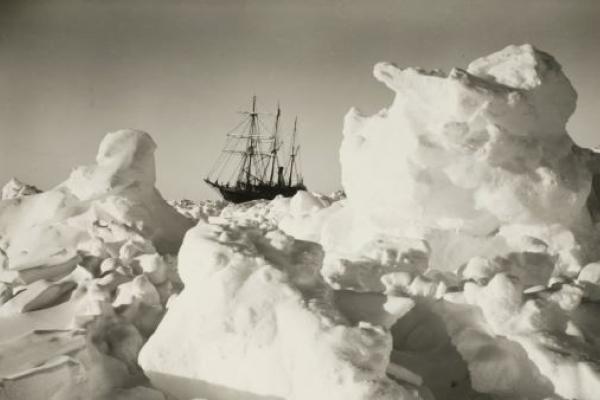 Already a celebrated polar explorer, Ernest Shackleton set-off in 1914 on the Imperial Trans-Antarctic Expedition, an attempt to be the first to cross Antarctica by land. Disaster struck Shackleton and his crew, however, when their ship, the Endurance, became trapped in pack ice and eventually sank, stranding her crew in some of the most unforgivable elements on the planet. Thankfully, Shackleton’s team included Australian photographer Frank Hurley who photographed and filmed the expedition, leaving us with a startling array of images and footage from the historic expedition, from the glorious beginning of the adventure to the crew’s desperate survival to the heroic rescue lead by Shackleton who sailed to a whaling station hundreds of miles away in a small boat and was able to return for his men in a rescue ship. The resulting film was used to illustrate Shackleton’s lectures about the trip and it was also released as a theatrical feature and is now considered one of the first feature-length documentaries. Remastered in 4K by the British Film Institute and featuring a newly commissioned score by Neil Brand.  (81 mins, 4K DCP). The trailer can be viewed here.

Visit the Wexner Center lobby before the event to retrace Shackleton's expedition route through a timeline of rock samples, courtesy of the Polar Rock Repository. Each sample comes from Antarctica or the Weddell Sea floor and will represent both where the crew traveled and where the Endurance drifted while lodged in ice.