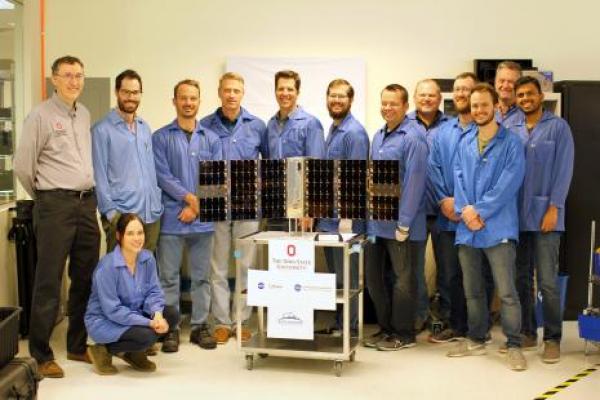 Its name may playfully give homage to a 1980s video arcade game, but the technology on board The Ohio State University’s first satellite -- the CubeRRT -- could be vital for Earth science missions into the future. It's scheduled for launch on May 20. (Update: It's rescheduled for May 21 at 4:39 a.m. because of inclement weather)

The Ohio State team named the CubeRRT satellite after “Q*bert,” one of the most popular video arcade games of the 1980s.

The technology on board is designed to solve a major problem for researchers by breaking through noisy radio transmissions that can interfere with efforts to detect from space what's happening on Earth.

Learn more about the project and its implications for research.