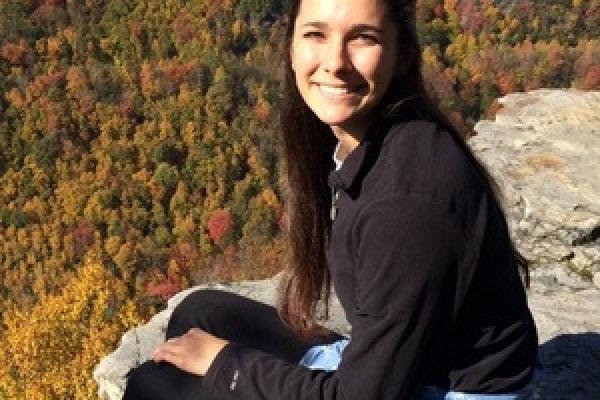 Emily Sambuco, an undergraduate student working within the Byrd Center’s Education & Outreach Group, has received the 2016-17 Taaffe Award for Outstanding Undergraduate in Atmospheric Science, and Climate and Physical Geography. Emily received this award on behalf of the Department of Geography and the Department Chair, Dr. Morton O'Kelly. Dr. Ellen Mosley-Thompson wrote a glowing letter of nomination on Emily’s behalf, stressing both her performance in the classroom as well as her service-related efforts on campus, especially at the Byrd Center.

The Taaffe award was established with generous funds from the Edward James "Ned" Taaffe Memorial Fund in Geography, established in 2003. Ned received his Ph.D. from the University of Chicago in 1952 and taught at Loyola and Northwestern for 10 years. In 1963, Dr. Taaffe moved to Ohio and became the Chairman of the Geography Department at OSU. He was elected President of the American Association of Geographers and received many professional honors. Dr. Taaffe retired from Ohio State in 1992.