Ancient Alpine Ice, Immobile since the time of the Tyrolean Iceman, Now Moving

Ancient Alpine Ice, Immobile since the time of the Tyrolean Iceman, Now Moving 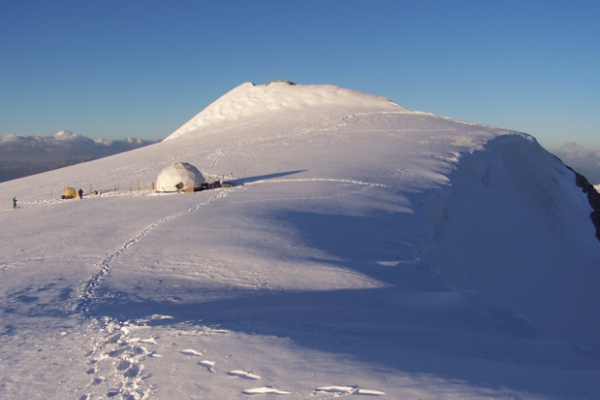 The first Alpine ice cores drilled to bedrock in an Eastern Italian Alps glacier, only 37 km from where the famous Tyrolean Iceman was discovered, suggest that the flow of the highest glacier of South Tyrol is now accelerating and that this is unprecedented in 7000 years.

New evidence comes from deep ice core sections, dated by using the carbon 14 technique, and from the glacial borehole, that was equipped with an inclinometer, a very sensitive instrument that can detect very small movements down to great glacier depth.

The ice cores were drilled atop Mt. Ortles in northern Italy in 2011 by an international team of glaciologists led by The Ohio State University, with the logistic support of the Autonomous Province of Bolzano, and the active involvement of researchers of IDPA-CNR. They described their findings in the international journal “The Cryosphere”.

“Glaciers in the Alps are rapidly retreating due to intense melting caused by the recent atmospheric warming. Our results indicate that a previously unrecognized process might accelerate the flow of Alpine glaciers even at high elevation, perhaps contributing to speed their shrinking”, said project leader Dr. Paolo Gabrielli, research scientist at Byrd Polar and Climate Research Center of The Ohio State University in USA.

The results of this research indicate that the Mt. Ortles glacier, as we know it today, formed 7000 years ago, at the end of the so called “Northern Hemisphere Climatic Optimum”, a particularly warm period when glaciers in the Alps retreated to high elevations.

Successively, the onset of a cooler period contributed to the accumulation of snow and ice on the renewed frozen bedrock atop Mt. Ortles. This new climatic period, called Neoglaciation, also contributed to burying and preserving the mummy of the Tyrolean Iceman until the end of summer 1991, when he emerged from the ablating ice of the nearby glacier saddle of the Tisenjoch, at 3210 meters of elevation.

“We have not yet identified the precise mechanism that is causing this ancient deep ice to move today” said project leader Dr. Gabrielli. “It is possible that some meltwater infiltrated in depth from the rock outcrops uphill of the drilling site and it is now lubricating the glacier base during the current exceptionally warm summers, thus facilitating the basal ice sliding”.

The researchers are also beginning to analyze the ice cores they drilled. The isotopes of oxygen, major ions, black carbon, pollen, trace metals and dust sealed in the ice will give detailed clues to the climatic conditions since the ice was formed 7000 years ago.

"These cores offer the unique opportunity to study the atmospheric content when the Tyrolean Iceman was living in this region, offering the possibility to better understand the environment and the climate that he experienced" said Prof. Carlo Barbante, Director of IDPA-CNR, Venice.

Also of particular interest to the researchers is information about modern climatic changes. “The Ortles ice cores offer the unique possibility to closely verify if and how regional environmental changes can interact with climatic changes of global significance,” Dr. Gabrielli said.

Among the other signals preserved in the ice the researchers have already detected the low but distinct signal of the radioactive fallout from the Fukushima nuclear power plant accident that occurred in Japan during March 2011, a few months earlier than the drilling operation.

“We arrived on Mt. Ortles just in time to extract the deep ice before it moved away and late enough to obtain the record of the Fukushima radioactive fallout in central Europe” Dr. Gabrielli added. “One of the ice cores extracted may be part of the Ice Memory Project that aims to transport ice cores from mid latitude regions to a repository in Antarctica in order to safeguard these precious glacial archives for the future generation of scientists” Prof. Barbante concluded.

This work was funded by the National Science Foundation in the USA and by the Autonomous Province of Bolzano in Italy. Photographs provided by Paolo Gabrielli. 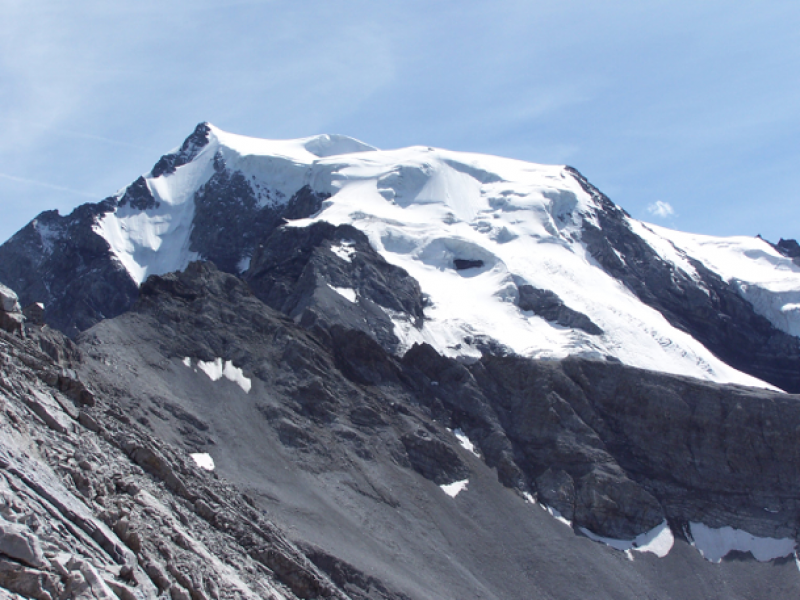 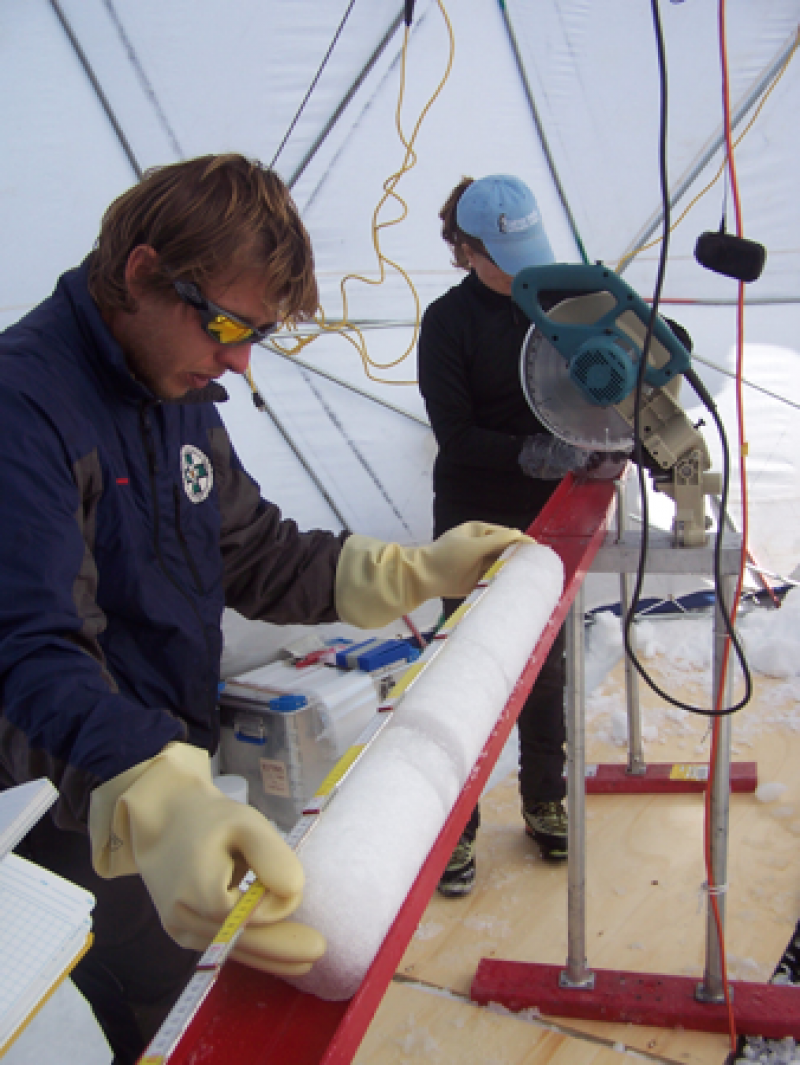