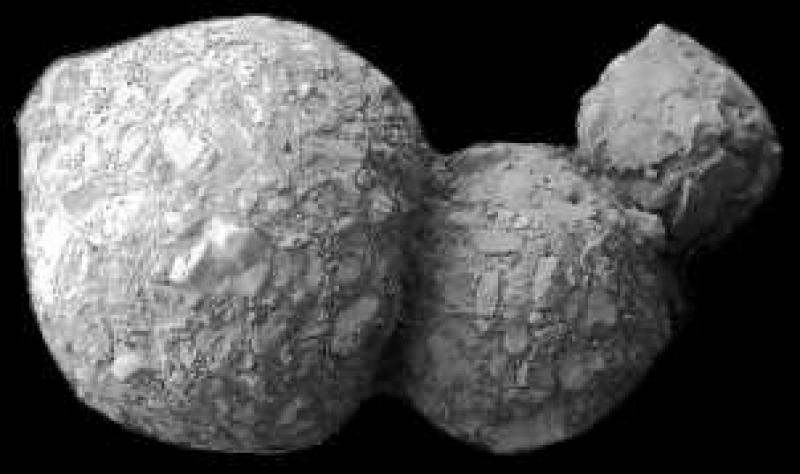 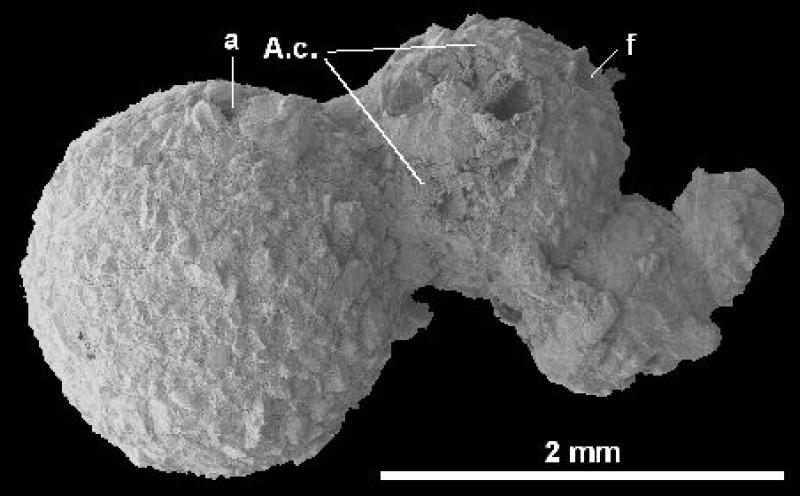 Distribution. On the Barents-Kara shelf this species is restricted to oligotrophic deep-water areas (200-600mwd) where the surface sediment consists of the so-called "brown mud" -- up to 40-cm-thick oxidized mud enriched in manganese oxides. Sand and gravel fractions of this sediment are mostly composed of R. pilulifer tests, predominantly dead.

Feeding mode unknown; cytoplasmic trunks sometimes seen emanating from aperture; as there are no structures to support seston-filtering pseudopodia, the feeding network is probably spread in/on the sediment.

Taxonomy. The species has been obviously misidentified in the Barents-Kara region for Hormosina globulifera. The morphology of the form from the Barents-Kara shelf matches well Brady's description of Reophax pilulifer, and this identification has been confirmed by C. Schoeder-Adams. However, the morphological variability of the species provides sound evidence that it is not a hormosinid -- rather a saccamminid:

Our interpretation of the morphology is that R. pilulifer is in fact unilocular, whereas tests of several chambers are pseudo-multilocular. As a specimen grows, it abandons the old test, migrates some distance as a naked rhizopod, and builds a new, larger unilocular test. If its own old test or other empty R. pilulifer tests are within reach, they are inbuilt in the new test as foreign objects. The result of such a growth event, repeated several times, is either a shapeless agglomerate or a nicely arranged series of subsequently larger spheres. The latter may look like a Reophax or Hormosina.