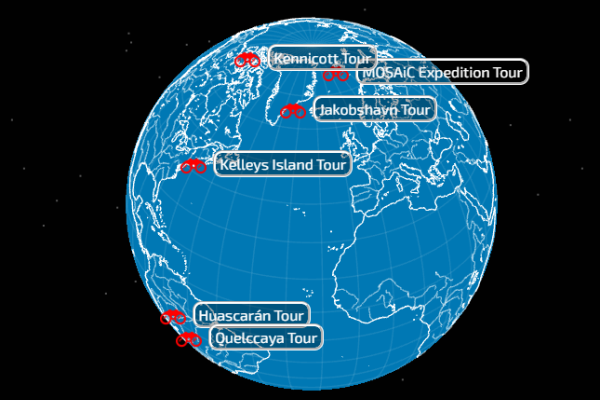 Byrd Center scientists have been on several expeditions around the globe over the years, the last of which was in July of 2019 to the Huascarán mountain in the Cordilleras Blanca region of rural Peru.

These tours can be explored on computer, on tablet/smartphone and with a VR headset.

View these and other VR tours here.