Mountaintop glacier ice disappearing in tropics around the world

Mountaintop glacier ice disappearing in tropics around the world 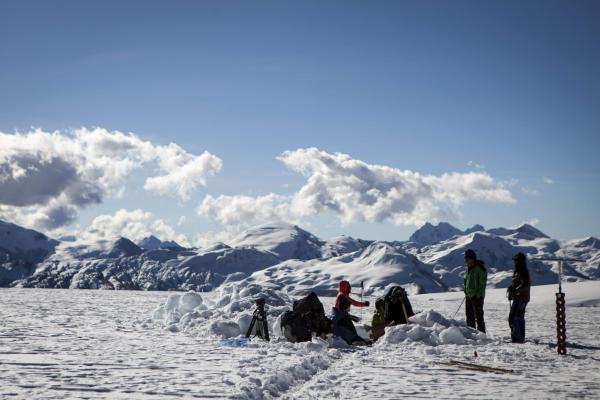 Mountaintop glacier ice in the tropics of all four hemispheres covers significantly less area -- in one case as much as 93% less -- than it did just 50 years ago, a new study has found.

The study, published online recently in the journal Global and Planetary Change, found that a glacier near Puncak Jaya, in Papua New Guinea, lost about 93% of its ice over a 38-year period from 1980 to 2018. Between 1986 and 2019 the area covered by glaciers on top of Kilimanjaro in Africa decreased by nearly 75%.

The study is the first to combine NASA satellite imagery with data from ice cores drilled during field expeditions on tropical glaciers around the world. That combination shows that climate change is causing these glaciers, which have long been sources of water for nearby communities, to disappear and indicates that those glaciers have lost ice more quickly in recent years.

The two datasets allowed the researchers to quantify exactly how much ice has been lost from glaciers in the tropics. Those glaciers are “the canaries in the coal mines,” said Lonnie Thompson, lead author of the study, distinguished university professor of Earth Sciences at The Ohio State University and senior research scientist at Ohio State’s Byrd Polar and Climate Research Center.

“These are in the most remote parts of our planet--they’re not next to big cities, so you don’t have a local pollution effect,” Thompson said. “These glaciers are sentinels, they’re early warning systems for the planet, and they all are saying the same thing.”

This article was originally published on June 28, 2021 at news.osu.edu