My local perspective of TARN by Nicolas Montoya

My local perspective of TARN by Nicolas Montoya 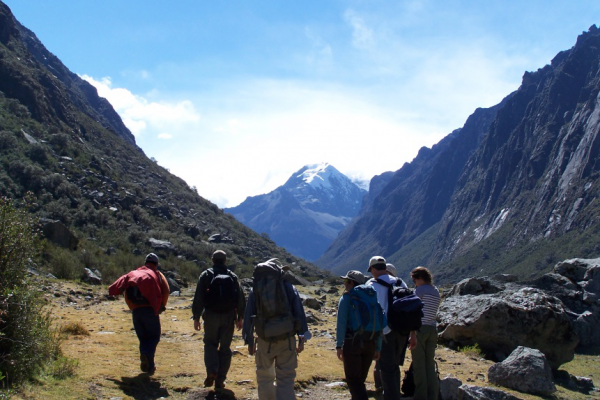 It’s been a week since the TARN members flew back to their respective homes, and two since they astounded participants from all over the world at the FORO GLACIARES in Huaraz, Peru. Gossip tells that many experts approached the TARN professors to show their interest in being part of the team, and that even TARN students got asked for their data. In Lima, the capital, the FORO still appears in a few articles and conversations after two weeks. Apparently, part of the FORO’s goal has been accomplished, since people seem to be more interested than usual in climate change and the Cordillera Blanca in the country.

The local interest is essential for the wellbeing of the population in Huaraz, and perhaps even the rest of the Andean region and the coast (which gets big part of its water and energy from the Rio Santa). This was restated in a conference at UPAO (Universidad Privada Antenor Orrego), Trujillo, where Jeff Bury, Mark Carey, Adam French and Ken Young stunned the college students and local businessmen with the news of water scarcity for the new phase of Chavimochic project. The professors highlighted the importance of a stronger participation of Peruvian universities in the research fields and the integrated evaluation of these areas of study, just like TARN does impeccably.

The distinct thing about TARN, though, is that the group is indeed, as they say, a research family. That will be hard to top anywhere. The TARN project is successful not only because it features experts in almost every single relevant discipline, but also because these experts have developed a very enjoyable and unique work environment. Even when the big group is divided into micro teams, dream teams, to fulfill different duties, even then the chemistry within TARN can be perceived. For young Peruvians like me, who are called to make choices for the development of these regions, it is good to know that such a qualified group of professionals will be around for some more years.