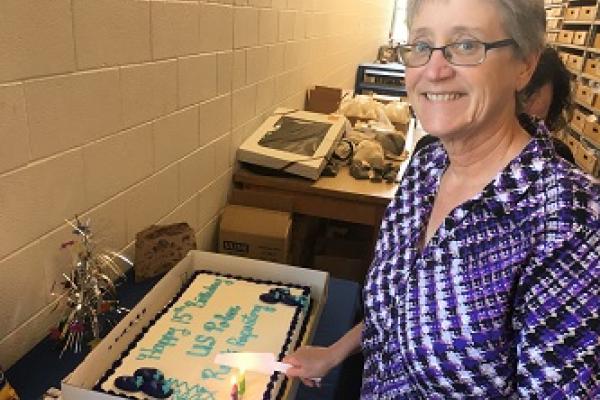 The Polar Rock Repository (PRR) at the Byrd Polar and Climate Research Center celebrated the 15th anniversary of its establishment on Tuesday, September 10, 2019. Guests from the public and a variety of departments came to the Repository to celebrate the birthday, enjoy cake and coffee, and explore maps, rocks, and other field artifacts. The Repository curator, Dr. Anne Grunow, shared some words about the repository and its significance at the beginning of the event. Dr. Berry Lyons and graduate student Erica Maletic also honored the Polar Rock Repository by giving brief presentations about the facility and its role in research.

The Polar Rock Repository was founded after a grant was submitted to the National Science Foundation by Rosemary Askin and Leonid Polyak. After being constructed in 2003, the 12 ft. shelves were lined with over 50,000 rock samples from Antarctica, South America, Africa, and Australia. To learn more about the Polar Rock Repository or reserve a rock box, please visit prr.byrd.osu.edu. 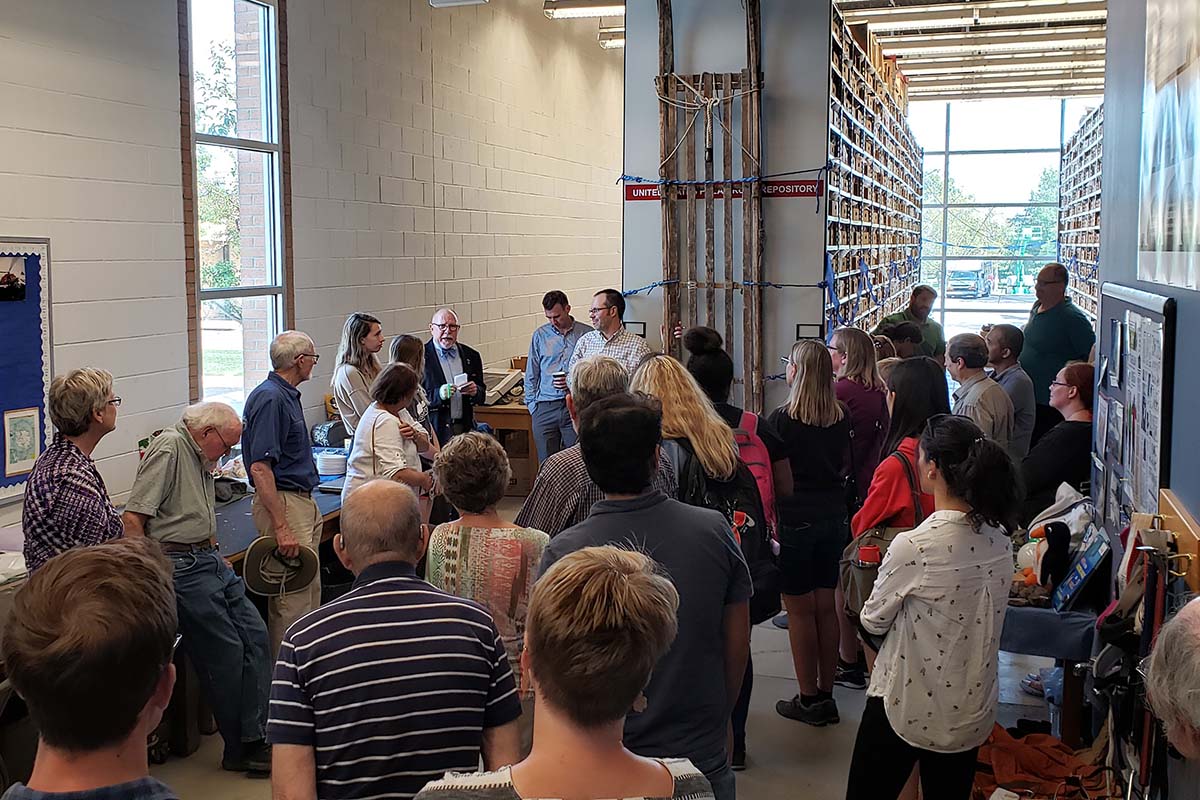 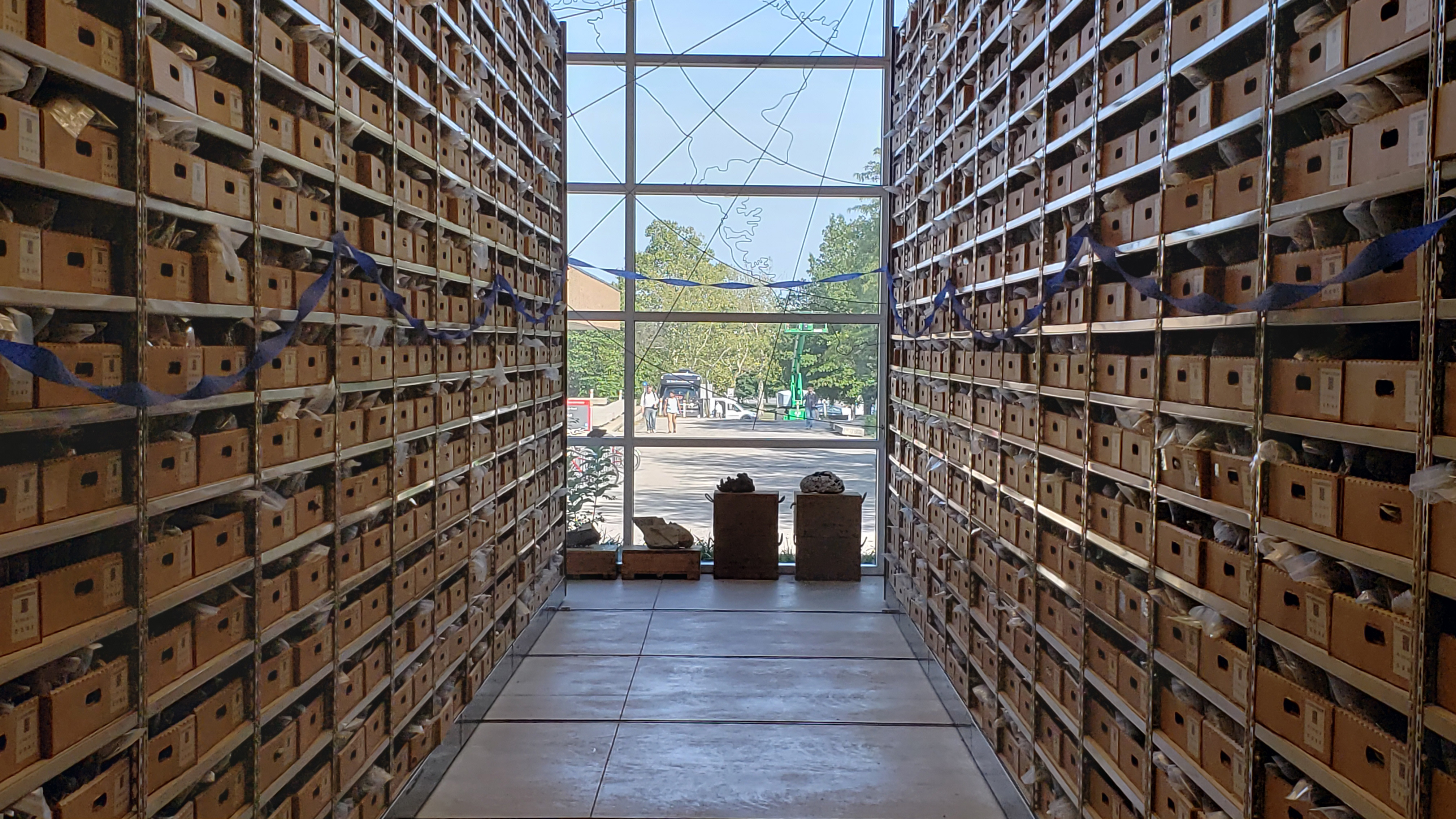 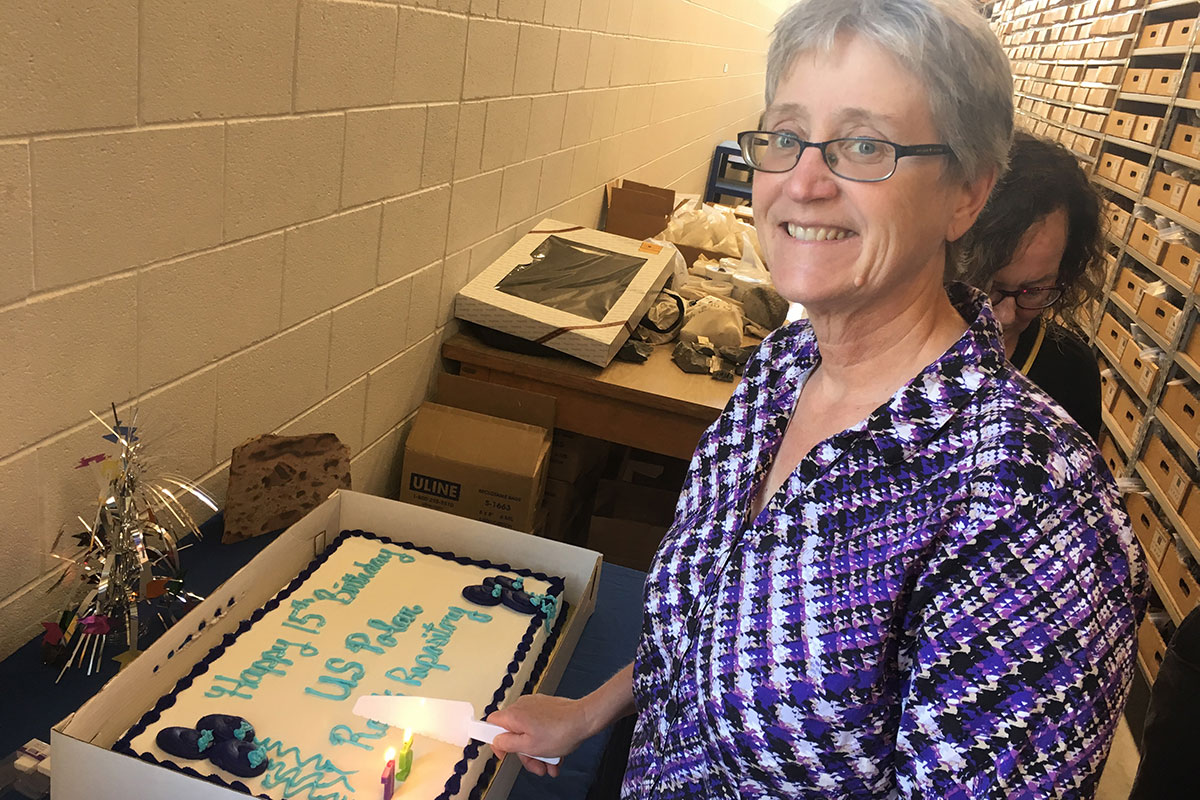