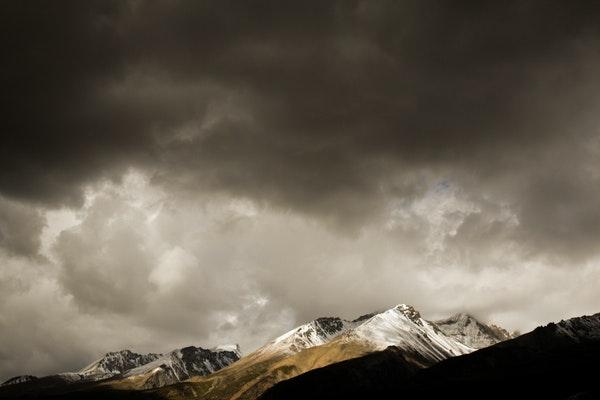 The altitude affect, the decrease in stable isotopes with increasing altitude, is the basis for paleoaltimetry, however this research presents that Inverse Altitude Affect (IAE),  the increase in stable isotopes with increasing altitude, occurs in some regions. The study explores IAE through atmospheric circulation using deuterium isotopes (δD) in water vapor on a global scale. The study finds that distant source regions with moisture containing high values of stable isotopes coupled with intense lateral mixing between the lower and mid-troposphere along the moisture transport pathway influence different mountain uplift stages and should be considered before using stable isotope palaeoaltimetry. Dr. Thompson also suggests other possible reasons for isotope enrichment, particularly oxygen isotopes, could be attributed to sublimation at higher elevations on the surface of the glacier due to higher wind speeds. Dr. Thompson's work revealed that the average oxygen isotopic value in an ice core from the summit (6700 m) of the Guliya ice cap in the northern Tibetan Plateau was higher than the average value from an ice core drilled 500 meters lower.  He said this research provides "...a solid contribution to our understanding of some of the complexities in understanding and interpreting our isotopic records." Dr. Thompson is also co-chair of Third Pole Environment and honorary member at the Institute of Tibetan Plateau Research (ITP) and a foreign member of the Chinese Academy of Sciences (CAS).

This study can be found on the Nature Communications site and though the pdf link.

The publication also provides the Earth & Environment blog site for the research community to share their experiences in a series titled "behind the Paper." Dr. Jing 's blog about his experience can be found here.