When Scientists Face an Angry Community

When Scientists Face an Angry Community 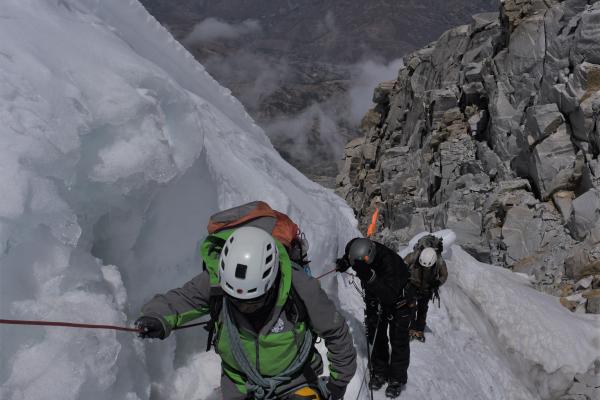 The scientific expedition to collect glacial ice from Earth’s highest tropical mountain had, so far, gone smoothly. The weather had been perfect. The machines had worked without failure. No one had gotten sick, and though avalanches had forced the team to find a new route up the mountain, they had done so relatively quickly.

It was late July 2019, and the trip, to the mountain Huascarán in the Cordilleras Blanca region of rural Peru, was shaping up to be one of the most successful this team had ever attempted.

They had drilled 471 meters of glacial ice cores under clear skies. The cores, long columns of ice that had been frozen since the last Ice Age, were clear and clean, and waiting to be carried off the mountain to a freezer truck, to Lima, to an airplane that would fly them back to the United States and to their eventual home at The Ohio State University. There, they would stay, carefully cataloged in a polar-temperature freezer, until their contents could be analyzed, offering up new clues and histories of the Earth’s climate.

It all changed on one afternoon.

Read more about the most recent expedition and its complications in Lauren Arenschield's article here.