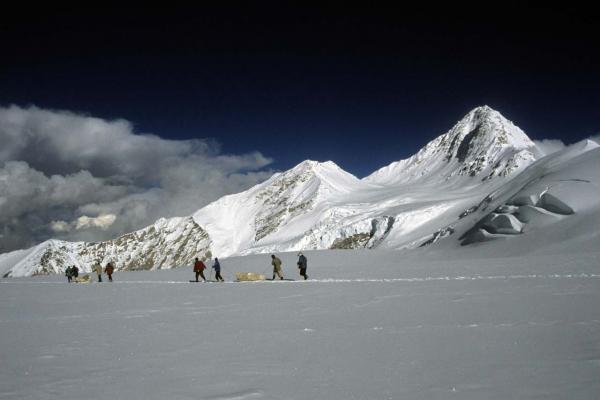 Human beings altered one of the highest peaks in the Himalayas hundreds of years before a person ever set foot there, new research has found.

The study, publishing today in the Proceedings of the National Academy of Sciences, indicates that the byproducts of burning coal in Europe in the late 18th century made their way to the Dasuopu glacier in the central Himalayas, some 6,400 miles as the crow flies from London, the birthplace of the Industrial Revolution.

“The Industrial Revolution was a revolution in the use of energy,” said Paolo Gabrielli, lead author of the study and a principal investigator and research scientist at The Ohio State University Byrd Polar and Climate Research Center and the School of Earth Sciences.

“And so the use of coal combustion also started to cause emissions that we think were transported by winds up to the Himalayas.”

The research team that published this study was part of a larger international team that traveled to Dasuopu in 1997 to drill ice cores from the glacier. The cores provide a record of snowfall, atmospheric circulation and other environmental changes over time; the Byrd Center has one of the largest collections of ice cores in the world.

Dasuopu — at 7,200 meters or 23,600 feet above sea level — is the highest-altitude site in the world where scientists have obtained a climate record from an ice core. Dasuopu is located on Shishapangma, one of the world’s 14 tallest mountains, which are all located in the Himalayas.

This story originally appeared in Ohio State News on February 10, 2020. By Laura Arenschield.