A National Science Foundation grant has been awarded to Research Scientists Dr. Paolo Gabrielli and Dr. John Olesik. This project will study extremely small atmospheric particles (100 to 1000x smaller than the diameter of a human hair) called nanoparticles, preserved in Antarctic ice. Ice cores from Taylor Glacier will provide a record of nanoparticles transported through the atmosphere and deposited in the pristine Antarctic environment over approximately the last 44,000 years. 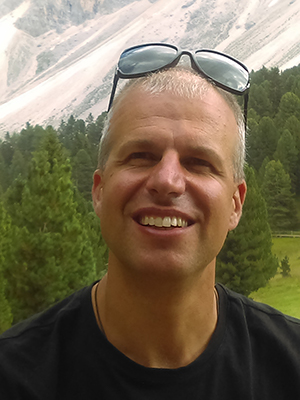 The goal of this study is to establish the natural abundance of nanoparticles in the atmosphere before the influence of human activities. Processes that disturb the Earth’s crust (digging, building, mining, etc.) and industrial development (production of metals and other materials, burning of fossil fuels) have introduced additional nanoparticles into the Earth’s atmosphere. Many commercial products such as clothing, paint coatings, sunscreen, and food are increasingly being made using engineered nanoparticles that are released into the environment, including silver, silicon dioxide, titanium dioxide, and zinc dioxide nanoparticles.

Many nanoparticles constitute a concern for human health, mainly due to their high chemical reactivity within biological tissues. Nanoparticles may also play a role in climate processes and the transport of important nutrients into oceans. While atmospheric nanoparticles have been studied in modern urban environments, there is essentially no information about their occurrence in a pristine pre-industrial atmosphere. This information is critical, as it constitutes an important benchmark for understanding the environmental changes due to human activities.

A unique set of advanced scientific instruments and methods will be used to study the nanoparticles which include inductively coupled plasma-mass spectrometry (ICP-MS), transmission electron microscopy, field flow fractionation and single particle ICP-MS to rapidly measure chemical elements in large numbers of individual nanoparticles. The nanoparticle measurements will be made in a scientific collaborative framework using instruments at The Ohio State University's Byrd Center, School of Earth Sciences Trace Element Research Laboratory, and the Center for Electron Microscopy and Analysis, as well as in laboratories at the Colorado School of Mines and the University of Vienna.