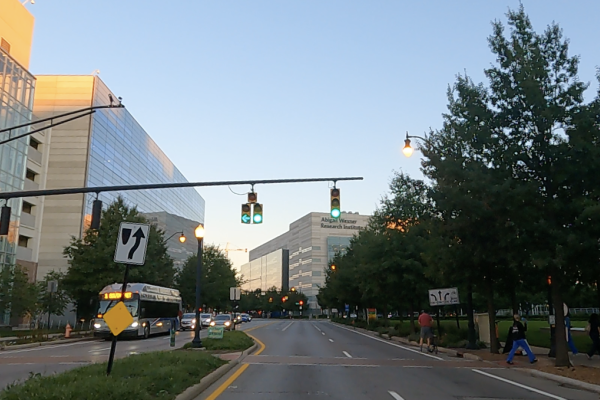 Last week Byrd Center staff members Geddy Davis, program coordinator, weather and climate services, and Karina Peggau, education and outreach program coordinator, participated in the National Oceanic and Atmospheric Administration (NOAA)'s heat-mapping campaign in an effort to study the heat island effect of urban communities compared to their neighboring areas. They were part of a group of 200 volunteers driving around designated routes in Columbus neighborhoods at the same time as their car-mounted sensors collected data.

Heat Islands are urbanized areas where temperatures are elevated due to buildings and pavement, compared to surrounding rural areas that have more trees and green spaces.

According to NOAA, extreme heat is the leading cause of deaths in the United States compared to other weather events. In a recent study, Columbus has topped the list of fastest growing urban heat islands among 60 cities in the US, according to Davis.

The results of this campaign will help create a detailed map of Columbus' heat island and improve distribution of resources in the city's neighborhoods.

You can read more about the study and related efforts here.